What’s so unique about this algorithm update? LinkedIn updates its algorithm all the time, right?

Well, yes, but here’s the thing.

This update is a big deal for business owners who rely on LinkedIn content marketing to stay visible in the competitive marketplace.

This algorithm change can either make or break their businesses, but more on this later.

Let’s talk about how LinkedIn is now showing your posts first.

LinkedIn Posts: How The Algorithm Used to Work

Once upon a time (back in early August 2021), the lifespan of a LinkedIn post was pretty short. You’d create a post, and viewership skyrockets and hits a peak within a couple of hours. After that, you wouldn’t see a lot of change in the number of views.

The statistics in the above graph show that I reached about 2898 views on the same day I posted. After that, my viewership numbers didn’t grow as much anymore.

Two days later, my views for the same post only went up by about three hundred views.

All of that is now in the past.

LinkedIn Posts Are No Longer as Short-Lived

I first suspected this when more of my European and Asian contacts started commenting on my posts. I was as confused as I was delighted by this since my target audience is from all over the world.

After looking into my post data trends and consulting some of the greatest LinkedIn experts in my network, this is what I found:

After the update in late August 2021, older posts don’t get subdued by newer ones significantly. Instead, views can keep increasing for the next two weeks (read on to learn how your business can ride this momentum!).

As shown in the graph above, my LinkedIn post views are still growing a week after posting it. I also posted new content throughout the week, but that did not stop my views from increasing.

Previously, my view count would skyrocket and reach its peak within 4-6 hours. With my posting schedule and how the LinkedIn algorithm worked initially, only my American contacts tend to see my content.

However, it’s a different story now. LinkedIn is making posts appear slower on newsfeeds, but it is also retaining posts there for an extended time. It’s why I now typically receive close to equal engagement from my American, European and Asian contacts.

However, not many people are aware of this awesome algorithm update yet.

You’re now one of the few exceptions who do, and you’re about to learn how you can use this algorithm update as your business’ ace in the hole.

The Current Dilemma for B2B Business Owners on LinkedIn

Remember when I mentioned that this update could make or break your business?

Well, do you know how much content creation on LinkedIn had increased in 2020?

According to the official statistics by LinkedIn, content creation grew by a whopping 60%.

Couple with the fact that LinkedIn is now showing your posts to your audience more gradually and over a longer time, it means two things:

That said, you can beat the LinkedIn algorithm and stand in front of your target audience before your competitors do.

Are you ready to find out how your business can win over the increasing competition?

The engagement you receive in the first few hours after posting content is like the first trigger for LinkedIn to promote your content to a larger audience.

But what if you can trigger the algorithm to do the same thing a few more times?

That’s right; it means you’d reach more people, or at least have better odds of reaching your target audience!

In the graph I’m about to show you, you’ll see that my organic reach would keep increasing over the week because of the three engagement boosts (more on this later) I received throughout.

There’s no impressive growth in reach on the first day, but that changes over time with the additional engagement.

All in all, you only need around 15 comments throughout the span of a week.

This organic amount and consistent flow of engagement are enough to create a ripple effect that will grow your reach and generate more leads for your business.

Watch Your Reach Grow Over a Longer Period

Getting enough initial engagement is one thing, but how can you ensure that enough engagement keeps rolling in throughout the week?

FILT Pod is currently the only platform that gives you gradual engagement boosts. The latest update to our comments allocation algorithm will allow your visibility to keep growing for a longer time. The algorithm does this by allocating engagement at fixed intervals throughout a week’s time for you.

After running a pilot test involving many top B2B owners and benchmarking the results, this change in the comments allocation algorithm is vital to keep driving up business momentum for B2B businesses on LinkedIn.

In the next image, you’ll see that one of our top, long-time members managed to reach over 8000 people with his content.

I thought I’d also share an image that one of my newer members graciously shared with me. It’s a recent LinkedIn post that he created for one of his clients.

At first, he was on the fence when I told him that I’d be changing my platform’s allocation algorithm.

Then, he saw this:

There was a large leap in views a day after he posted his work, and the views only keep rising even though it’s already been a week.

He recently emailed me this graph, telling me that both he and his client are convinced about the need to update FILT Pod’s algorithm.

And here’s one from a LinkedIn expert:

It’s also a very recent post, and this image was taken before he received the third boost from FILT Pod’s allocation algorithm. His view counts will only keep climbing in the next few days!

So seize this opportunity to get higher reach by joining FILT Pod, whether for yourself or your clients, before others discover it.

And if you’re planning to introduce FILT Pod to someone else or a few other people in the B2B business, learn how you can earn more revenue from us here: 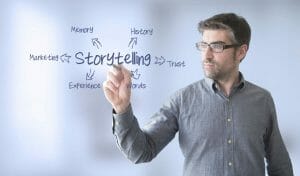 How can you connect better with your audience in the B2B space? The answer lies in storytelling. Storytelling is the sharing of experiences through words, 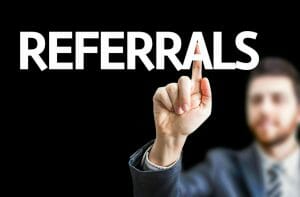 How to Increase Referrals for Your B2B Business

Receiving referrals from your current customers is a great way to get new business for your B2B company. In fact, B2B businesses get 65% of 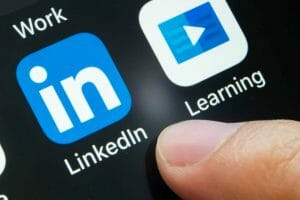 What is LinkedIn Learning?

LinkedIn Learning is a massive online platform that offers hundreds of courses in different subjects. As its name suggests, this platform is a subsidiary of 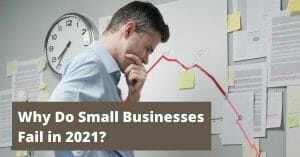 Why Do Small Businesses Fail in 2021?

It’s no secret that small businesses are feeling the strain. With increased competition and a struggling economy, small business owners are finding it more challenging 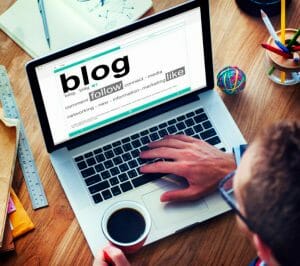 How to promote blogs on LinkedIn? LinkedIn no longer restricts itself to networking, and it’s a great promotion platform as well. The first step to 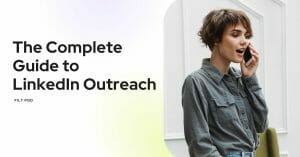 The Complete Guide to LinkedIn Outreach

LinkedIn is a fantastic tool for finding new clients and building relationships with people who could potentially become future customers. It’s also a great way

How to Increase Referrals for Your B2B Business

What is LinkedIn Learning?

Why Do Small Businesses Fail in 2021?

What is FILT Pod?

How to use FILT Pod?

Help us spread the word about LinkedIn Hashtag Analytics. Stand a chance to win $1000 for your next vacation!